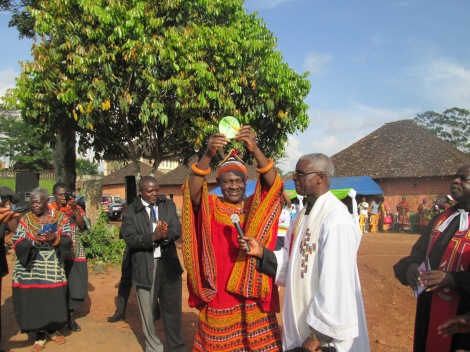 The dedication of the Bafut Jesus Film happened last weekend! All the mainline churches in Bafut participated. as well as government officials of the region and traditional leaders of the people.  The Fon (traditional chief), the Governor and the Archbishop all addressed the congregation during the ceremony.

The Bafut language is spoken by more than 100,000 people in Cameroon. Please, pray for follow-up and discipleship as the film will now be shown in churches and in the community. Pray for a good working relationship with the Campus Crusade for Christ team who helped us to produce the film.

Click on the image above to view our latest newsletter.

(Previous Newsletters can be found HERE)